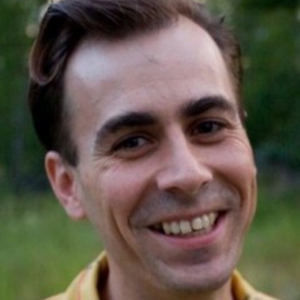 Jeremy fell in love with the classic sounds and styles of the Big Band music era. While in school for his BA in Psychology, Jeremy came into contact with swing dancing at a college social. Having never done any partner dancing before, the enthusiasm he experienced that night was that of never ending joy that drove him to seek out more about the vintage swing dances of Lindy Hop, Balboa, Shag and Charleston. With a seemingly inexhaustible amount of energy, Jeremy picked up every dance as though he was meant to do them. His creative abilities and style makes him more than just a dancer.
Learning from many of the originators of these vintage swing dances, Jeremy has a gained a great amount of knowledge on the historic essence of the dances he personifies. This has led him to accumulate championship titles at many critically acclaimed dance competitions such as the National Jitterbug Championships and the US Open Swing Dance Championships.
His love for performing has taken him to Hollywood with performances on ABC’s hit “Dancing with the Stars,” the Jitterbug phone commercial, Jerry Louis Telethon, and the Cherry Poppin’ Daddies music video hit, “Zoot Suit Riot”!
With the honor of being recognized by the Swing Dance Hall of Fame, Jeremy continues to pursue his dream by continuing to share his love for the dance and to see his work in movies, theatre, and other forms of entertainment.