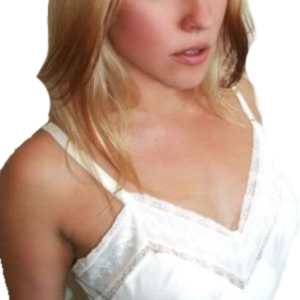 Tatiana discovered West Coast Swing at age 11, and it became the focal point of her life. She started competing in 1996 with her first dance partner, Parker Dearborn. Her next partner from 1998 to 1999 was Shiloh Warren. In 2000 she began a partnership with Jordan Frisbee.
West Coast Swing afforded Tatiana the opportunity to be creative in many areas. In addition to choreographing award winning routines with Jordan, she also designed their costumes, and learned new languages while on tour. She also loves to sing and act. She appeared in several movies including "3 Ninja Kids" as a stunt double, "Polar Express" and most recently "Love N' Dancing," acting along side Amy Smart and Tom Molloy.